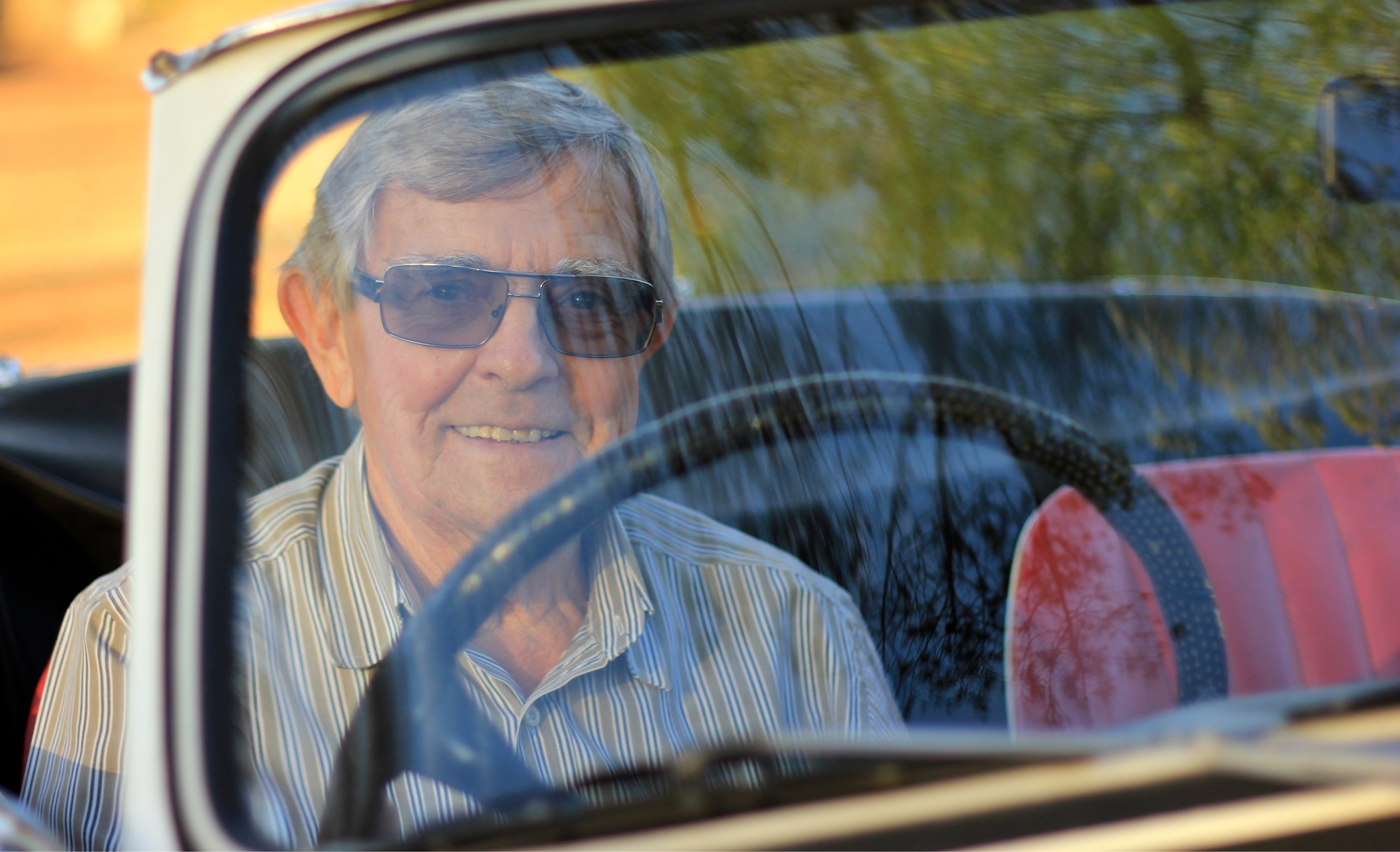 Ever since Brenda and I met in our late teens, we always loved sports cars. Not for speed or power, just for the sheer pleasure of open top motoring.

My first sports car was a 1948 MG TC which I bought in 1957. Although I put a lot of work into this car it gave me so much trouble and being the only car I owned, and although I loved it,  traded it in for a 1958 Fiat 500 cabriolet  (the real Fiat 500 which had a 500cc two cylinder air cooled motor and wheel barrow wheels).

After we married  in 1963 we met Maurice and Ros Pollet.  They had a 1963 Triumph Spitfire which Maurice had bought in Cape Town from Welch Motors in Strand Street for overseas delivery. He collected the Spitfire in England travelled to France where he met Ros, who was French, and brought her and the Spitfire back to Cape Town and moved into an apartment in Camps Bay.

In 1965 our daughter Lanesse was born and we reluctantly sold the Austin Healey and bought a sensible Ford Taunes.

On the 18th March 1968 Ros Pollet, due to have her baby went into labour, made her way to the Spitfire, which was parked in the road outside the apartment, but too late as her daughter Domiga was born in the Spitfire at 2pm – mid afternoon.  It was decided that regardless they would keep the Spitfire until Domiga was old enough to drive and it would then be hers.  The car continued to be used daily by Ros.

Maurice and Ros moved to Durbanville soon after for Maurice to take up his appointment as Town Engineer.  We quite frequently visited each other but as time and distance took its toll we eventually lost touch.

In 1968  having been so impressed with Maurice and Ros’ Spitfire, decided to buy one for ourselves and so we bought our FIRST 1963 Triumph Spitfire.

In 1971 our son Byron was born and again we needed a family car so had to sell the Spitfire.

In 1985 we decided that it would be a good idea to buy a Spitfire again. In the classifieds there was a 1963 Spitfire for sale. Brenda phoned and the young man told her that his parents were away on their yacht and when asked why they were selling the car he said that they intended keeping it for their sister, as she was born in the car, but she had moved to France permanently.  Brenda immediately realised who they were and so we bought the car and the lovely friendship was rekindled not only with us but with a number mutual friends.

Our daughter Lanesse was then given the Spitfire which she used constantly until she and her husband and three little girls, Kelsey Megan and Abbey moved to England.  We held onto the car and it went into storage, being used only occasionally by us.

In 2005 (seven years later) Lanesse and the family returned to Cape Town and the beloved Spitfire was taken out of storage and returned to her.

When Brenda sold her Honda Prelude, with the registration number “CA8626”, a perfect number for the Spitfire as it so close to its original registration “CA8264” rather than the six digit number it then had. So the car was transferred into Brenda’s name – which saved R600.00!  So now Brenda is the official owner but actually the Spitfire belongs to Lanesse and I am the custodian.

In 2013 the Spitfire was foremost in the entry to the St Cyprians Matric Dance with our granddaughter Kelsey and again this year - 2015 - our granddaughters Megan and Abbey chose to do the same.  What proud moments for us all and our dear little “Spitty”. 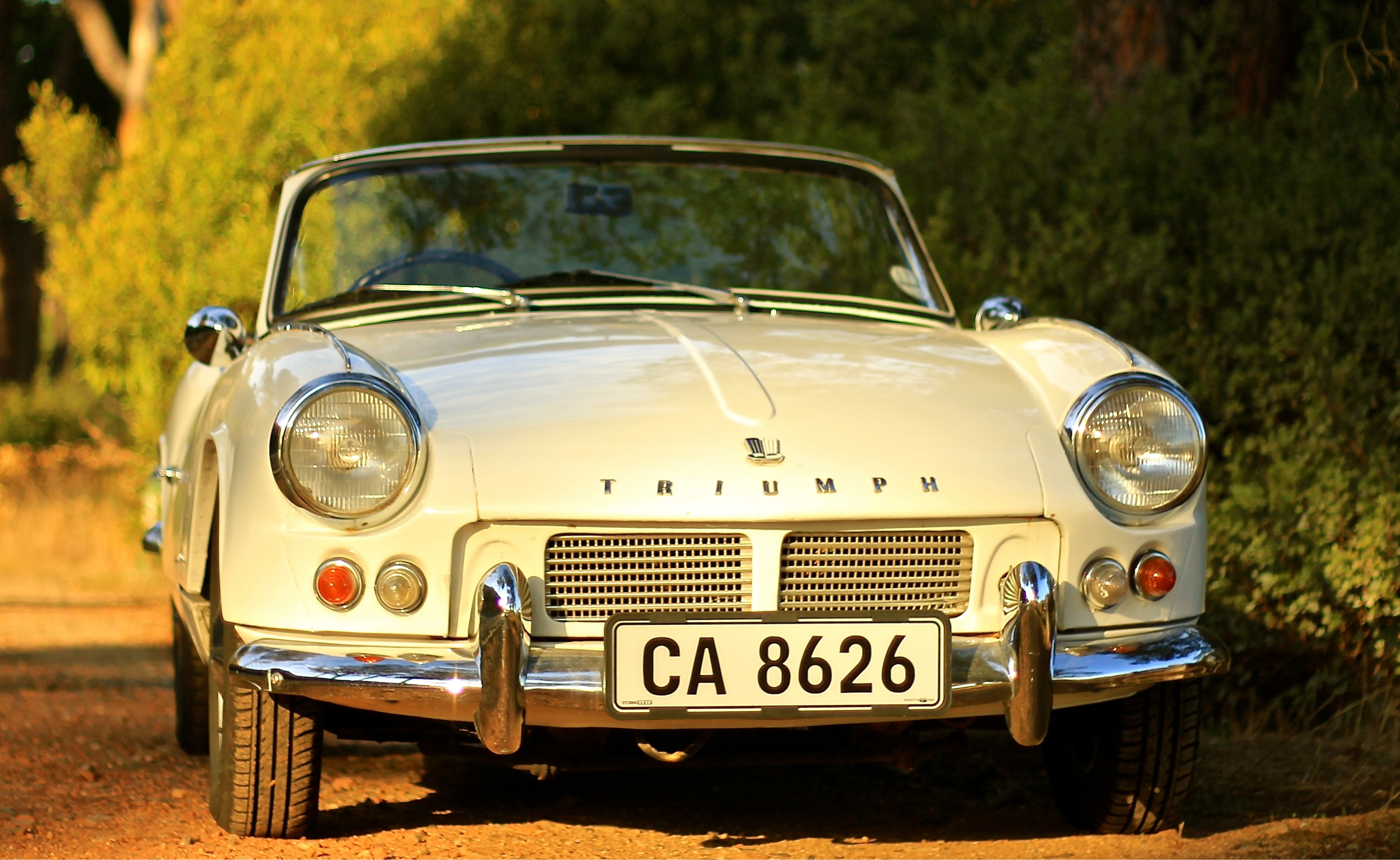 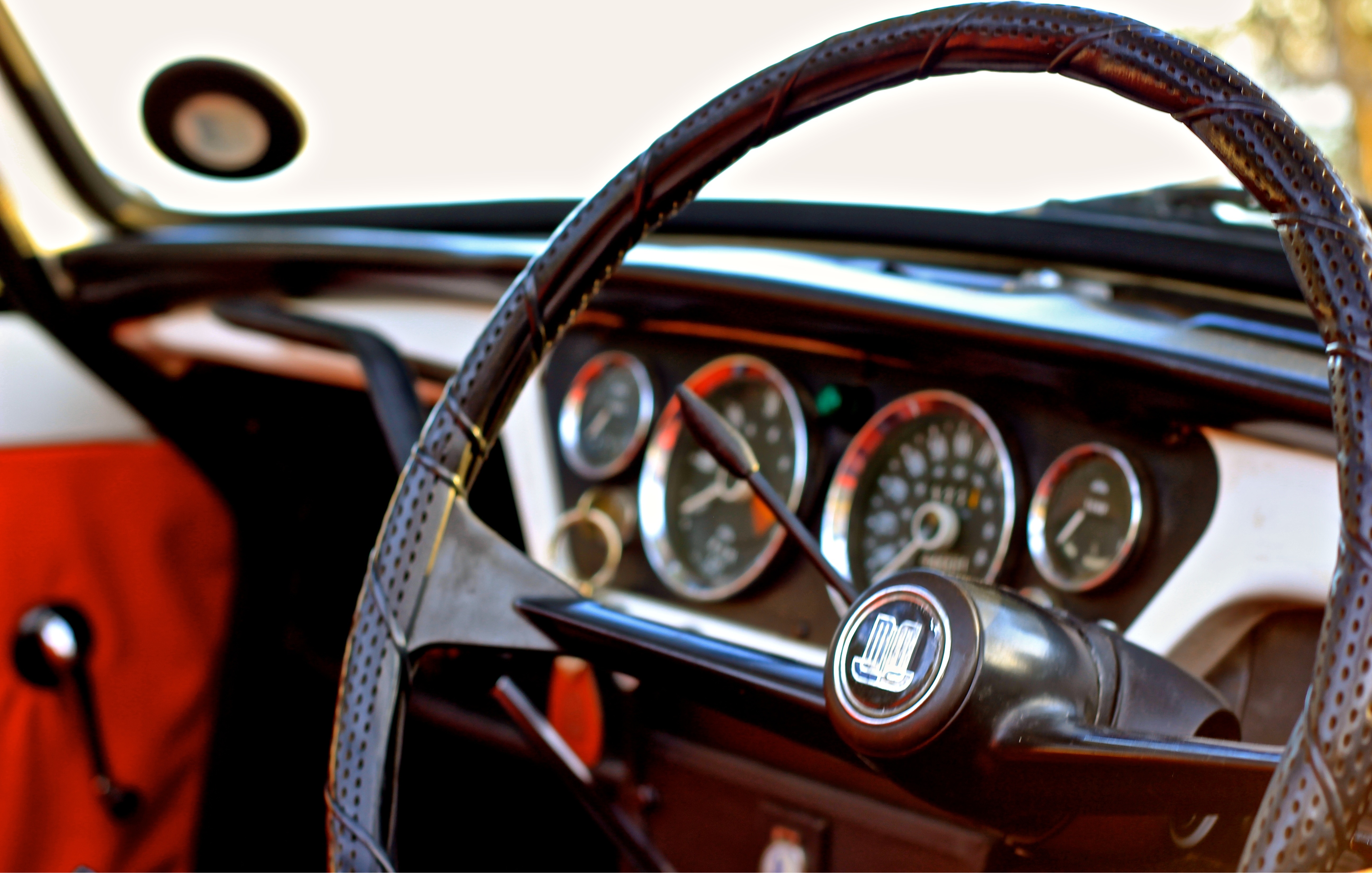 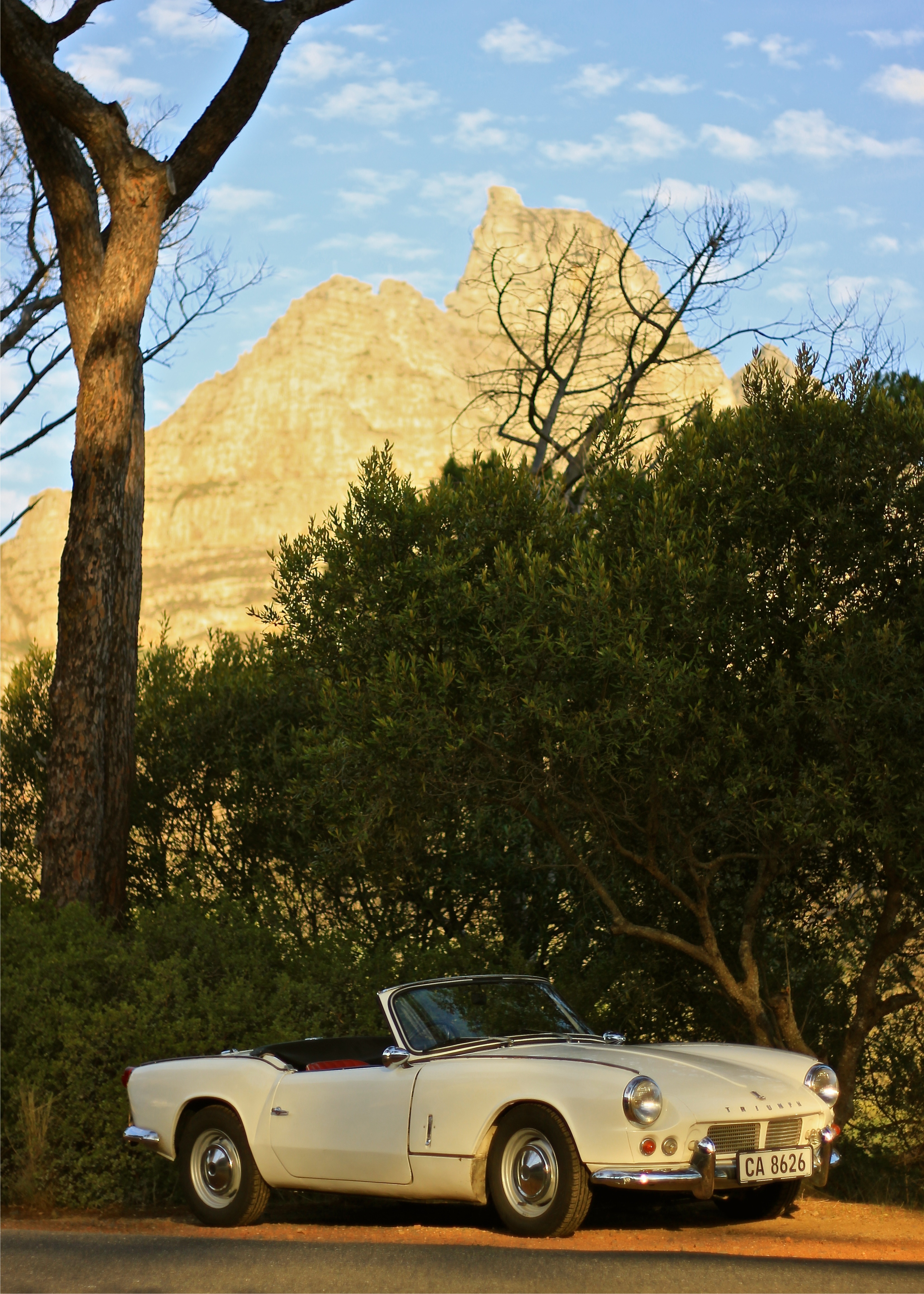 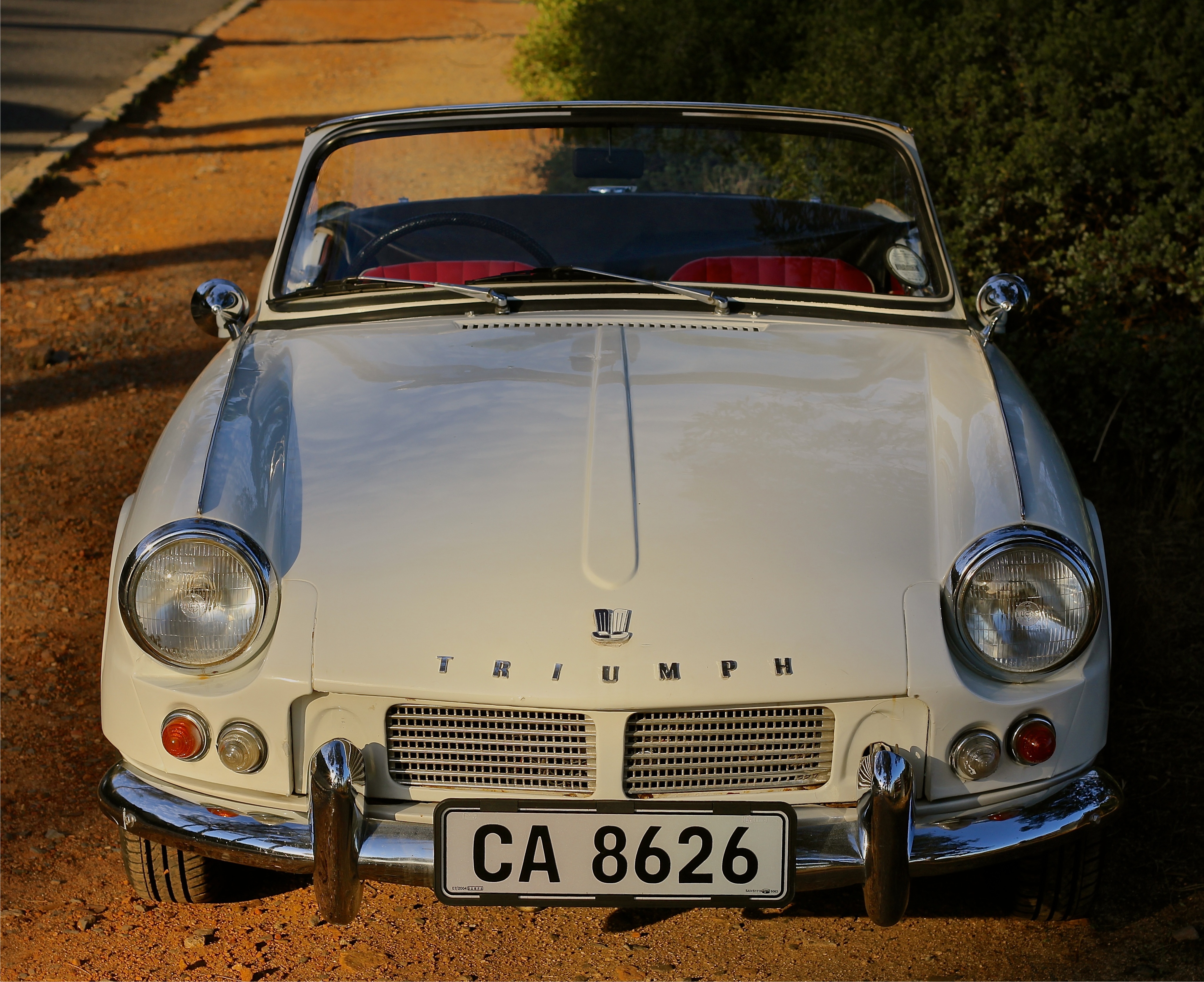