Having first being made aware, around 2000, of the Macau Spitfire's existence in a Rimmer's catalogue, I searched the Internet high and low looking for specifications, pictures or any other form of information on the car. It is only recently, with the acquisition of the original car by Canley Classics that information of any real value has come to light. However none of this information was available around 2001/2 when, inspired by Club members Ashley Ellis and Neil Cameron (TR6 and Triumph Chicane), I decided to build a “replica” of the Macau, in six cylinder spec, and join them at our local race track competing in the Classic Car section.

It must be stressed that no attempt was made to replicate the original car to the nth degree; the only requirement was that, from a distance (the further the better) the car would bear a passing similarity to the legendary original. The first order of business was to acquire a suitable donor car and at this point one of our real “character” members, Graham Johnson, who was and still remains a keen supporter and encourager despite his relocation to Australia in 2003, just happened to have a less than perfect Spitfire Mk.II for sale. I had already decided that the car would be fitted with a 2.5 litre Chicane (a version of the Triumph 2500 that was only ever made in South Africa) motor with overdrive gearbox and, seeing that we were attempting the impossible, a Chicane diff.

To this end a very rusted and tatty Chicane was purchased which, despite its forlorn appearance, was mechanically sound. The entire construction would have been that much simpler if GT6 or Vitesse drive trains could have been used, but here in South Africa access to these parts is nigh impossible. Details of the work required to fit the Chicane parts to the Spitfire chassis/body would fill this entire website, but the salient modifications can be found under the specifications list. At this point I need to thank Andy Haw of Sports Car Supplies for valued information and the supply of new and used parts that were used in the construction of the car.

For the rest I will let the pictures tell the story. 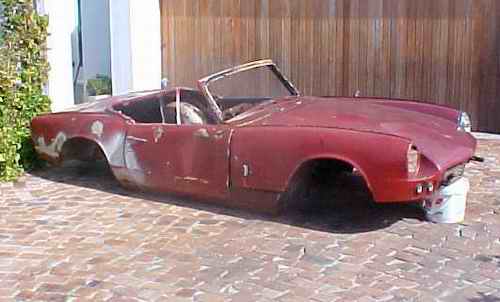 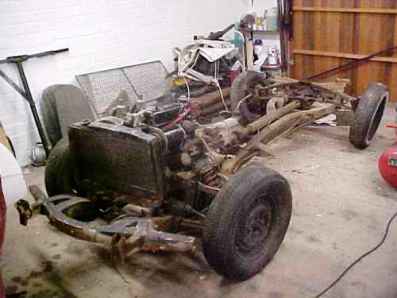 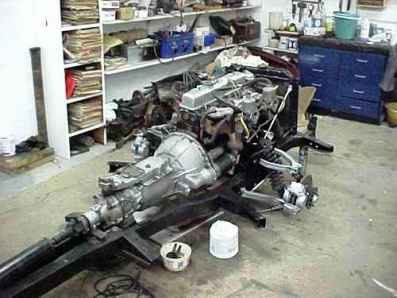 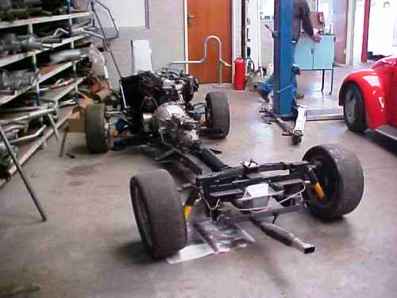 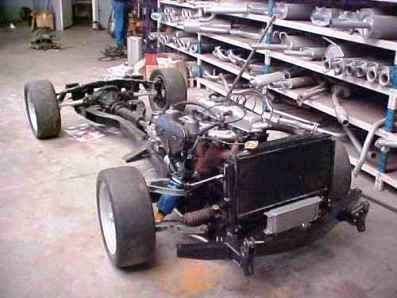 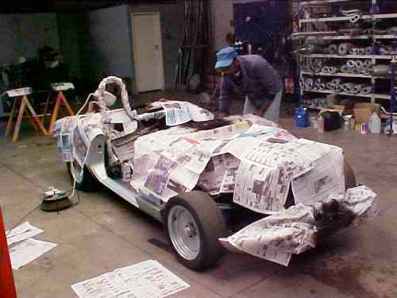 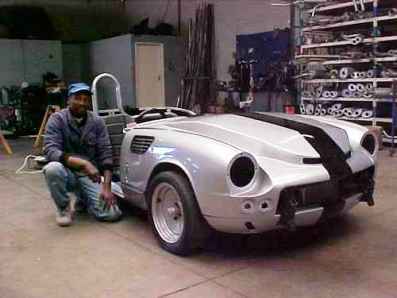 The completed article arrives at racetrack for its maiden outing

The 2004 racing season was always going to be a test and development season, for both car and driver, the aim of which was to seriously contest the 2005 season with a car that, hopefully, had been fully sorted. Despite this, the end of the 2004 season saw the Macau replica finish a creditable 3rd in the marque/ fine car championship (based upon index of performance). It also finished 15th overall in the Classic Car Championship (Scratch races run in classes). Despite some teething problems, which included a spell of 3 wheel driving, compliments of a left rear wheel which went AWOL during a race, the cars lap times improved from a "best" of 1'44'' in February to a more respectable 1' 33.6'' later in the year. Both of which are a vast improvement on the 1'58" of its maiden test run in August 2003. I had entertained high hopes of cracking the 1' 30" barrier during the 2005 season as the car is still only in a mild state of tune and runs on 13" semi-slick rather than full slick racing tyres.

Then, in October of 2004, the race organizers dropped their bombshell: The revised 2005 race regulations no longer make provision for open top cars and the Classic Car Championship is now only open to "tin top" cars. On this sorry note the car's racing career has come to an abrupt end!! My disappointment at this turn of events is difficult to describe as; apart from the enjoyment of racing the car, the ongoing development and performance improvements have been a source of much pleasure and personal satisfaction. The Macau replica has been granted permission to enter the Marque/ fine car event scheduled for the 5th February, when the David Piper Historic Race Week End takes place, and this, undoubtedly, will be its racing swansong. After that it will be converted, pretty much "as is", into an impractical but incredibly exciting street legal road car. Thanks to everybody concerned for his or her support and encouragement in 2004 - it was very much appreciated.

The Macau on show 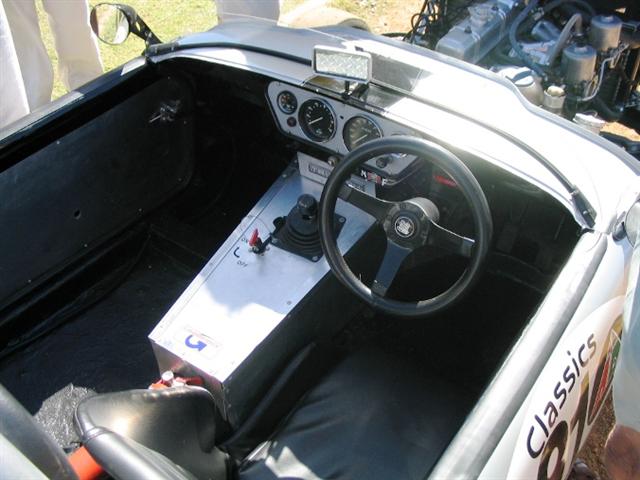 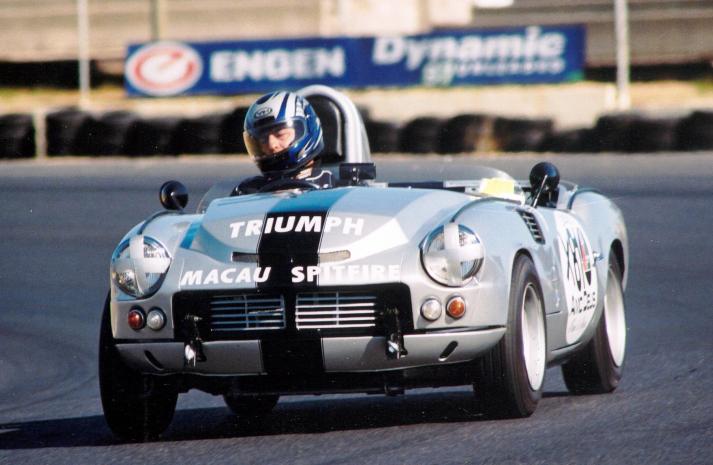 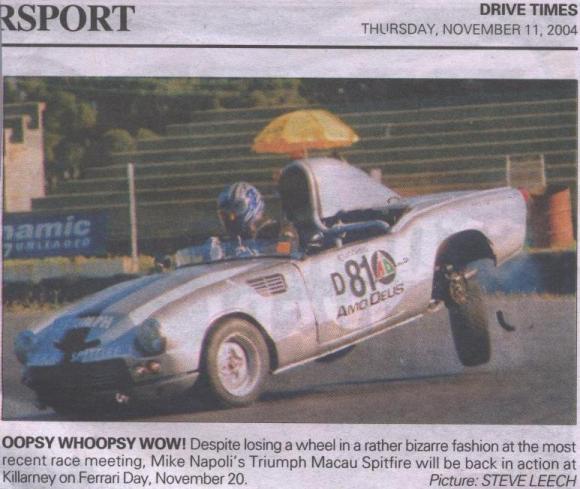